There is now an ice road connecting WAT to Saito Railways! 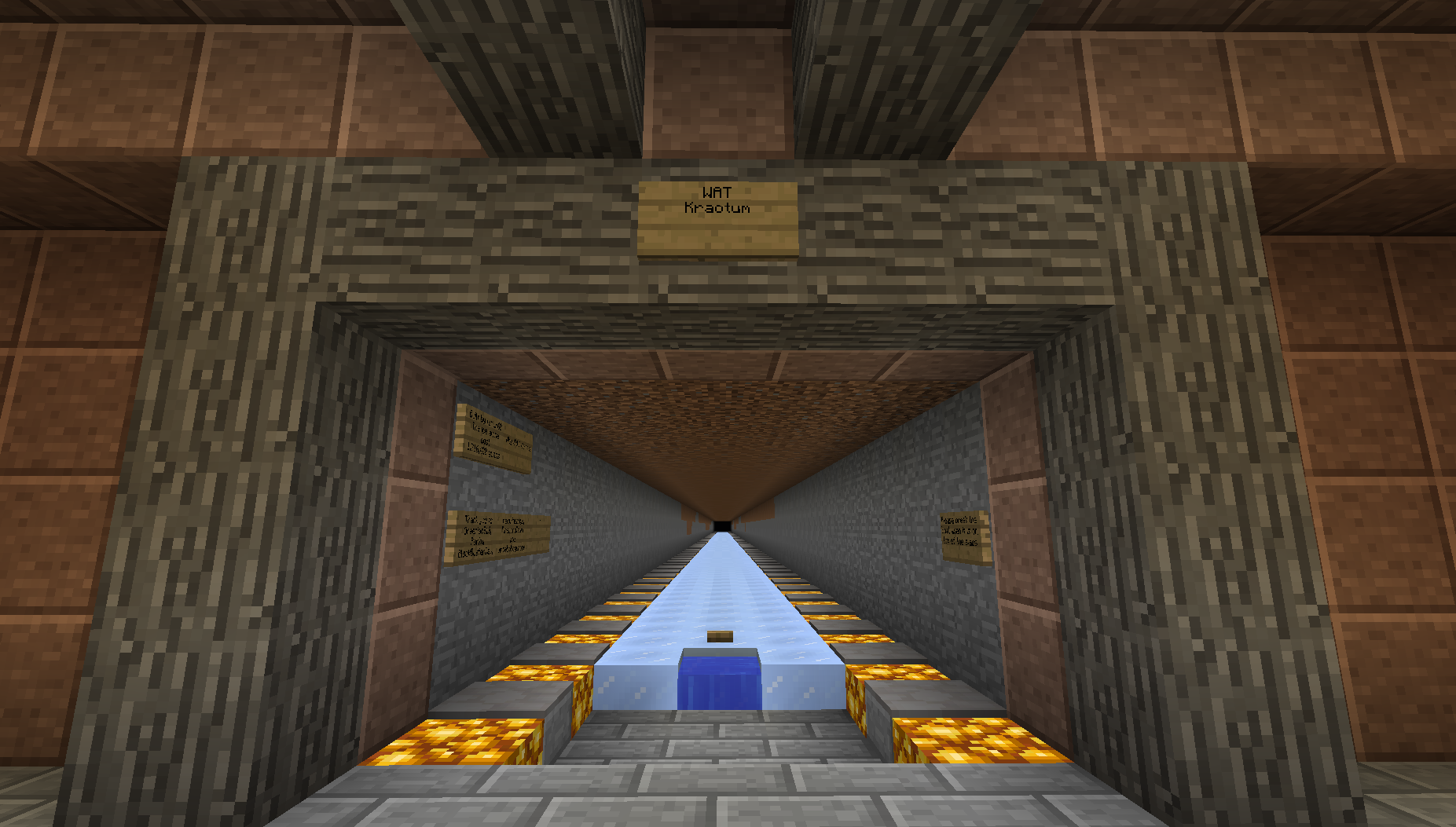 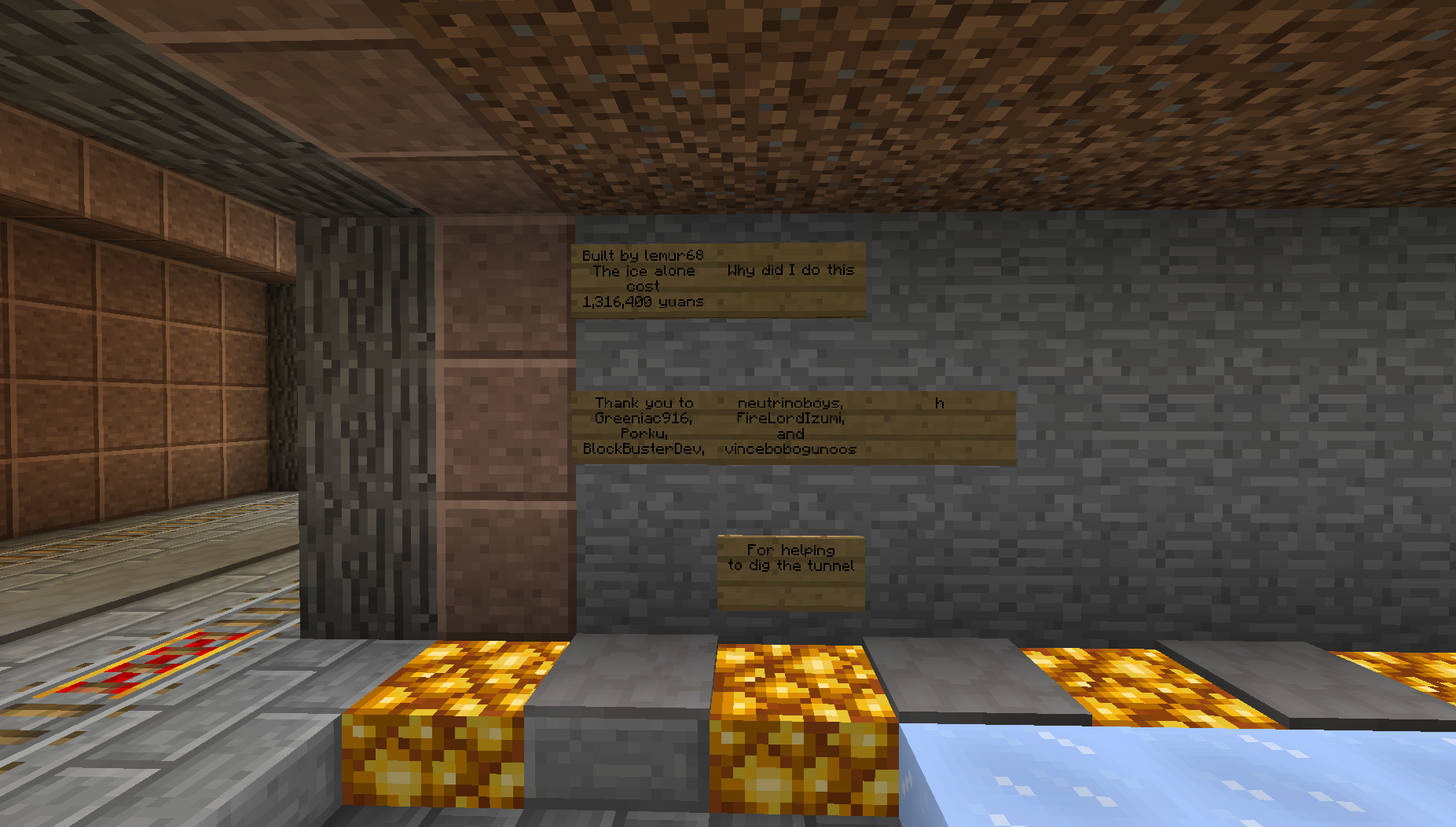 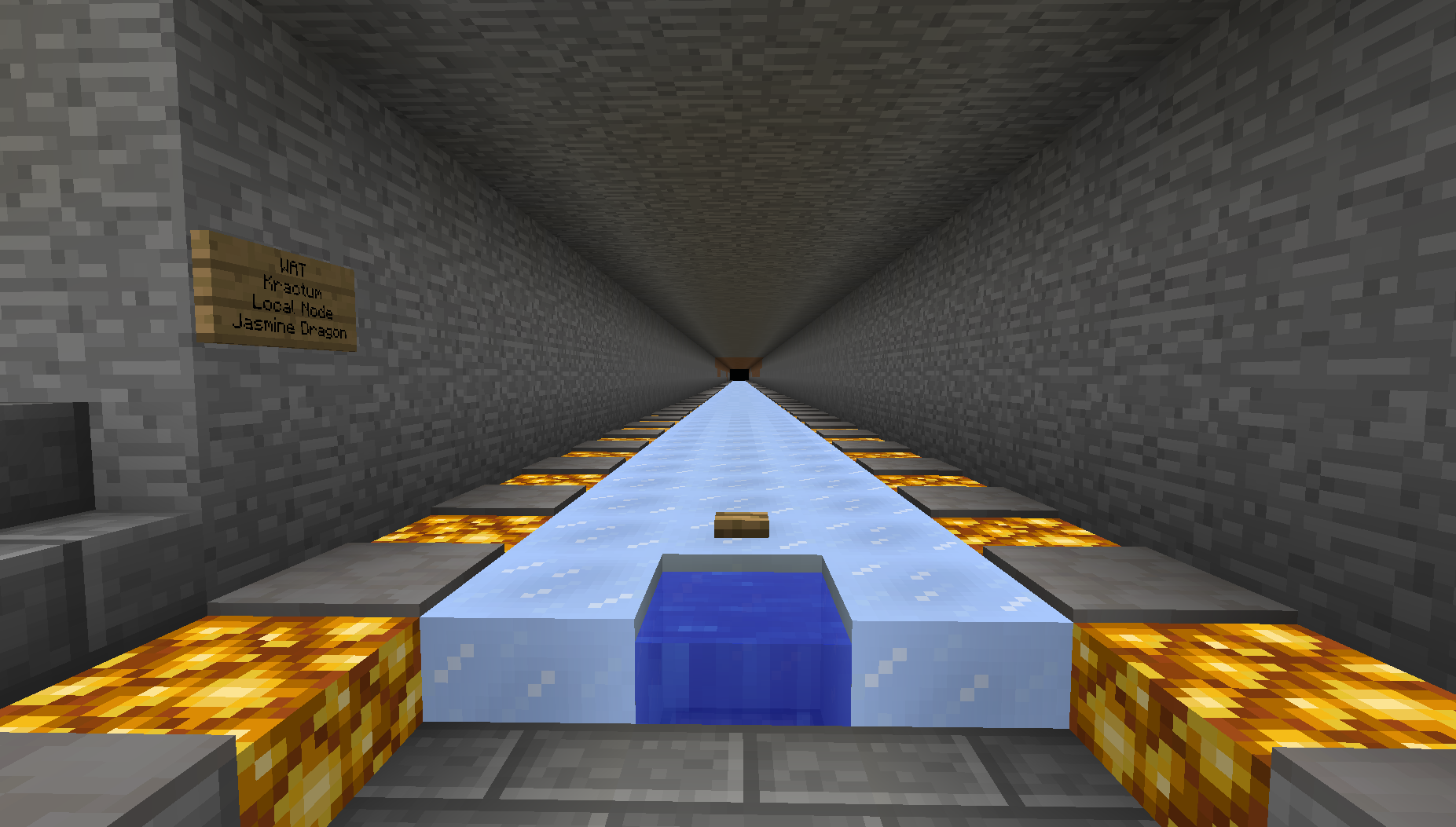 It’s taken a long while, but the tunnel is finally finished. With it, you can choose to run to WAT, or you can take a boat and sail across the ice, which is actually slightly faster than a speedbender running on stone roads. Taking the boat can also be used to easily transport most mobs.

Next I’m probably gonna give the WAT islands a good road system, or maybe update Xaixas’ server map. I’ll do both eventually, but I kinda wanna do the WAT island roads first so that I can put them on the map, though if you want me to do the map first, tell me to and I might if you’re authoritative enough By palsjuegs [Team Member] At 1 year ago Report Reply 0

So, finally got to check out your transport system. I’m quite impressed. Good job.

You know, if I wasn’t so attached to WT I might have considered joining your nation. We both seem to enjoy this type of crazy stuff.

I think the solution here is to disband WT somehow